It’s brother vs. brother in the first teaser trailer for Heels that premieres August 15. 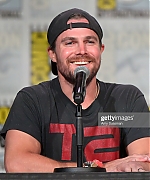 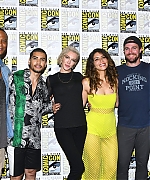 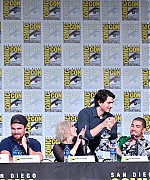 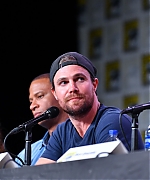 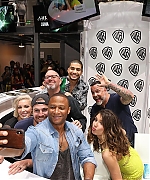 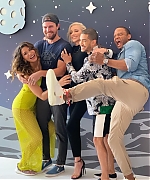 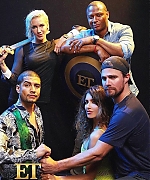 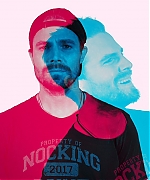 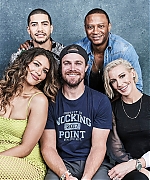 Here are some of the videos that came out featuring Stephen and the Arrow cast.
END_OF_DOCUMENT_TOKEN_TO_BE_REPLACED

Stephen Amell is dreading the eighth and final season of Arrow, though you wouldn’t know it on this hot, sunny July day in Los Angeles. Wearing Green Arrow’s new suit, the CW star seems perfectly at ease as he strikes heroic pose after heroic pose on a dimly lit stage. But once he’s traded heavy verdant leather for a T-shirt, jeans, and baseball cap, his guard drops and the vulnerability starts to creep in as he contemplates Arrow’s last 10 episodes, which was set to begin production in Vancouver a week after the EW photoshoot took place and premieres Oct. 15.

“I’m very emotional and melancholy, but it’s time,” Amell — who is featured on the new cover of Entertainment Weekly — says as he takes a sip from a pint of Guinness. “I’m 38 years old, and I got this job when I was 30. I’d never had a job for more than a year. The fact that I’ve done this for the better part of a decade, and I’m not going to do it anymore, is a little frightening.”

Arrowverse, assemble! The stars of Arrow, Supergirl, The Flash, DC’s Legends of Tomorrow, and Batwoman grace the covers of EW’s first monthly issue. Our gallery was updated with magazine cover & shoot and screencaptures from the behind the scenes vídeo: 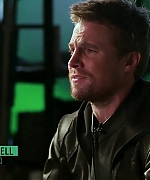 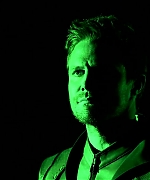 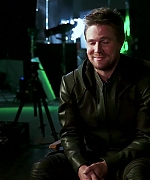 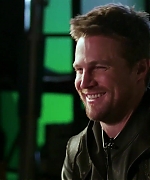 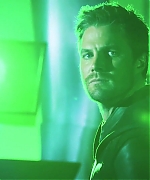 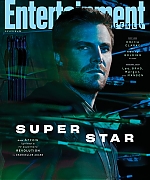 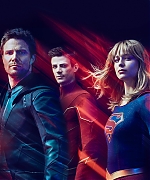 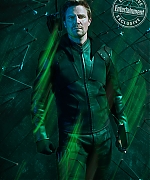 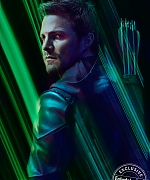 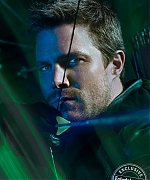 (Video) Stephen Amell at Live with Kelly and Ryan

END_OF_DOCUMENT_TOKEN_TO_BE_REPLACED

Page 1 of 221 2 3 … 22 Next »
Advertisement
Who is Stephen?
Stephen Adam Amell (born May 8, 1981) is a Canadian actor, known for portraying Oliver Queen / Green Arrow on The CW superhero series Arrow and its spin-offs. A lifelong professional wrestling fan, he has made guest appearances in major American promotions, including working a match for WWE in 2015, and more recently for Ring of Honor in 2017, joining the popular group known as Bullet Club.... ( Read More...)
Site Statistics