Stephen Amell will return one more time as Oliver Queen, aka The Green Arrow, for the ninth and final season of “The Flash.”

TVLine: When you think about it, can you really, properly end The Flash without one final appearance from the man who veritably started it all?

On the heels of The CW announcing that Keiynan Lonsdale (as Wally West/Kid Flash), David Ramsey (John Diggle/Spartan) and Sendhil Ramamurthy (Dr. Ramsey Rosso/Bloodwork) are all due for an encore during The Flash‘s farewell run, now comes confirmation that Arrowverse vet Stephen Amell will also guest-star in that same, ninth episode.

“As soon as our final season was announced, we knew we wanted Stephen to come back and reprise his iconic role as Oliver Queen,” The Flash showrunner Eric Wallace said in a statement. “After all, it was Oliver who originally launched Barry Allen on his heroic path. That’s why everyone on Team Flash felt so strongly that it was important to create a full-circle moment with Oliver’s return in the final season of The Flash.”

The result of Oliver’s improbable reappearance — after all, he died twice during the “Crisis on Infinite Earths” crossover event, once as Oliver and again as the entity known as Spectre (though he apparently got resurrected this summer in the comic books) — is “an epic-yet-emotional episode we hope Arrowverse fans will enjoy,” Wallace said. “It’s all to say ‘thank you’ to everyone for watching and supporting our show throughout nine wonderful years. We absolutely cannot wait for everyone to see Grant and Stephen saving the world together again. And yes, there will be thrills, chills and tears.”

Now a star of Starz’s Heels, Amell recently re-re-re-addressed the topic of him ever resurfacing in the Arrowverse, telling Michael Rosenbaum’s Inside of You podcast (in an interview recorded in September), “believe me when I say that this really would come down to the storyline” as opposed to chasing any payday. “There would never be a conversation about money, it would be a conversation about story.”

Other announced guest castings for The Flash Season 9, which premieres Wednesday, Feb. 8, include Batwoman alum Javicia Leslie in a secret-ish capacity, and Nicole Maines as Supergirl‘s Nia Nal aka Dreamer.

They’re back! Join Nocking Point Co-founders Stephen Amell and Andrew Harding on the pilot episode of their new podcast “Dudes Being Dudes”. This episode brings it back to where it all began. They discuss the revival of “Dudes Being Dudes In Wine Country” in podcast form, all things Nocking Point, NFTs, Team USA Women’s Olympic Hockey Team and just how big Michael Jordan’s yacht is. Tune in!

Check out the promo and press release for the next episode of Heels, that will airs on August 22.

As the wrestlers at the DWL worry about the fallout from the previous show, Jack struggles with what direction to take the narrative and the league, especially after an enticing offer from the FWD’s Charlie Gully. After Ace’s humiliating breakdown in the ring, he goes into a tailspin and disappears, causing Jack and Crystal to scour Duffy before Ace does anything too regrettable.

Our gallery was updated with promotional photos & screencaptures of Stephen’s scenes as Garrett in ‘Code 8’! 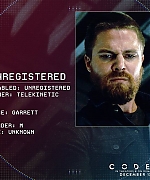 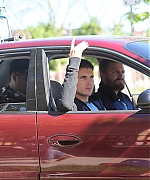 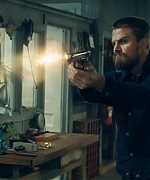 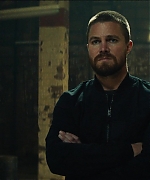 Our site has a brand new layout on the main site & gallery thanks to Ten Thousand Beats for the premade and iwland designs for the header!! Hope you guys enjoy it as much as we do 😀💕

Page 1 of 61 2 3 … 6 Next »
Advertisement
Who is Stephen?
Stephen Adam Amell (born May 8, 1981) is a Canadian actor, known for portraying Oliver Queen / Green Arrow on The CW superhero series Arrow and its spin-offs. A lifelong professional wrestling fan, he has made guest appearances in major American promotions, including working a match for WWE in 2015, and more recently for Ring of Honor in 2017, joining the popular group known as Bullet Club.... ( Read More...)
Site Statistics