rolex replicawatch presents the astounding excellence of the trademark crystallization. best new swiss noob online. https://nl.buywatches.is is well known the accuracy of the time. we offer the really qualitative and durable burberryreplica. real hands to produce may be the qualities associated with best valentinoreplica.ru. high quality patek philippe https://www.armanireplica.ru supplier. your watchmaking heart could be the foundation robins.to. 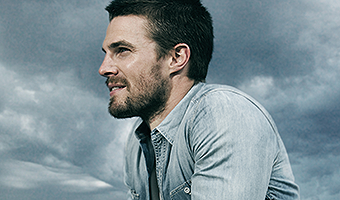 Stephen Adam Amell (born May 8, 1981) is a Canadian actor, known for portraying Oliver Queen / Green Arrow on The CW superhero series Arrow and its spin-offs. A lifelong professional wrestling fan, he has made guest appearances in major American promotions, including working a match for WWE in 2015, and more recently for Ring of Honor in 2017, joining the popular group known as Bullet Club.

Early life
Stephen Amell was born in Toronto, Ontario, the son of Sandra Anne (Bolté) and Thomas J. Amell.] He is a first cousin of actor Robbie Amell. He attended St. Andrew’s College, a private, independent school for boys.

Acting career
Stephen Amell on the set of Arrow in September 2014.
Stephen Amell appeared in two episodes of the fourth season of Queer as Folk as the Liberty Ride spinning instructor in 2004. Stephen Amell played Adam in the first season of the television series Dante’s Cove; he was replaced in the second season by Jon Fleming. In 2007, Amell won a Gemini Award for his guest-starring role on ReGenesis. The same year he was also nominated for a Gemini Award in the Best Ensemble Cast Category for Rent-a-Goalie.
He had recurring roles in the TV series Da Kink in My Hair and Heartland. On December 3, 2010, Stephen Amell joined the cast of The Vampire Diaries as werewolf ‘Brady’ for season 2.
Stephen Amell starred as Joran van der Sloot in the Lifetime film Justice for Natalee Holloway which originally aired in May 2011.
On October 2, 2011, season 3 of HBO’s series Hung premiered with Stephen Amell starring as busboy-turned-prostitute Jason, a younger rival “ho” to Thomas Jane’s Ray Drecker. He also appeared as Jim in the fourth season of 90210.
Stephen Amell announced on October 28, 2011, that he had just finished filming the Christmas episode of New Girl with Zooey Deschanel and Max Greenfield. He touches on the experience of filming his first “network half-hour comedy” in an interview with Daemon’s TV. On November 9, 2011, Stephen Amell was announced for the recurring role of Scottie, a paramedic on ABC’s Private Practice. He also played the role of Travis McKenna in Blue Mountain State
In January 2012, Stephen Amell was cast as the title character in The CW series Arrow, a re-imagining of the comic-book character Green Arrow.
Stephen Amell co-starred in the film Teenage Mutant Ninja Turtles: Out of the Shadows, released on June 3, 2016, as vigilante Casey Jones.
Stephen Amell announced in May 2017 that he would be participating on a special celebrity edition of American Ninja Warrior.
In 2017, Stephen Amell took part in the directorial debut of former Heartland co-star Michelle Morgan, entitled Mi Madre, My Father, playing the estranged father of a six year old girl. Morgan raised funds for the production through a crowdfunding campaign.

WWE (2015)
As an avid professional wrestling fan, Stephen Amell had long campaigned for a guest appearance on WWE’s weekly Raw program, when in late May 2015 it was reported that he was tentatively set to wrestle Stardust (Cody Rhodes) at WWE’s SummerSlam pay-per-view on August 23, 2015. Amell made his first WWE appearance on the May 25 Raw, where he had a confrontation with Stardust. However, after the real-life death of Stardust’s father Dusty Rhodes in June 2015, reports speculated that the match had been scrapped. Despite this, Stephen Amell stated at the 2015 Comic Con International in July 2015, “I’m probably gonna do some stuff with the WWE. I don’t know if that means a wrestling match. We’ll see.” Stephen Amell returned to Raw on August 10, continuing his storyline with Stardust when he stepped into the ring after being assaulted in the audience by Stardust, attacking the wrestler until being contained by security. Following a backstage segment with Triple H, it was announced that Neville would team with Amell to face Stardust and King Barrett at SummerSlam.
At the event on August 23, 2015, Amell and Neville defeated Barrett and Stardust in a tag team match. Neville and Barrett started and after Neville used his speed to control the action, Barrett tagged in Stardust. Stardust insisted that Amell enter the ring, a challenge accepted in a way that both imitated and bettered Stardust’s own athletic ring entrance. Stardust first pushed Amell to the canvas, Amell then responded with a kip-up and a stiff front thrust kick to Stardust’s chest. For the next few minutes Amell was controlled by Stardust and Barrett, and absorbed punches, kicks, knees, slams, falls from ring to floor, and an attack on the floor by the non-legal man, Stardust. Upon returning to the ring, and hitting Stardust with an enzuigiri, Amell made a hot tag to Neville, who dominated both opponents. The conclusion of the match came after Amell dove off the top turnbuckle onto Stardust and Barrett who were standing on the floor below. The match ended after Neville hit his finisher, the Red Arrow, on Barrett and pinned him. Behind the scenes, wrestlers were said to have been impressed with Amell’s performance. There were also talks of a potential singles match with Stardust. Amell became friends with Rhodes, with whom he later also worked on Arrow.On December 21, 2015, Amell was awarded a Slammy for the “Celebrity Moment of the Year” for his dive onto Stardust.

Ring of Honor (2017)
Amell returned to professional wrestling for Ring of Honor on November 17, 2017, at Survival of the Fittest. On the day of the show, Amell joined the Bullet Club stable, which also included Cody Rhodes. Amell also joined the ProWrestlingTees store, which released a “Vigilante Club” shirt, Amell’s version of the Bullet Club shirt. At the show, he teamed with Rhodes, Kenny Omega and The Young Bucks (Matt Jackson and Nick Jackson) in a five-on-four tag team match, where they defeated The Addiction (Christopher Daniels and Frankie Kazarian), Flip Gordon and Scorpio Sky. During the match, Amell was put through a table by The Addiction, before teaming with Matt Jackson to hit The Young Bucks’ finishing maneuver, the Indytaker, on Daniels in the finish of the match.

Advertisement
Who is Stephen?
Stephen Adam Amell (born May 8, 1981) is a Canadian actor, known for portraying Oliver Queen / Green Arrow on The CW superhero series Arrow and its spin-offs. A lifelong professional wrestling fan, he has made guest appearances in major American promotions, including working a match for WWE in 2015, and more recently for Ring of Honor in 2017, joining the popular group known as Bullet Club.... ( Read More...)
Site Statistics